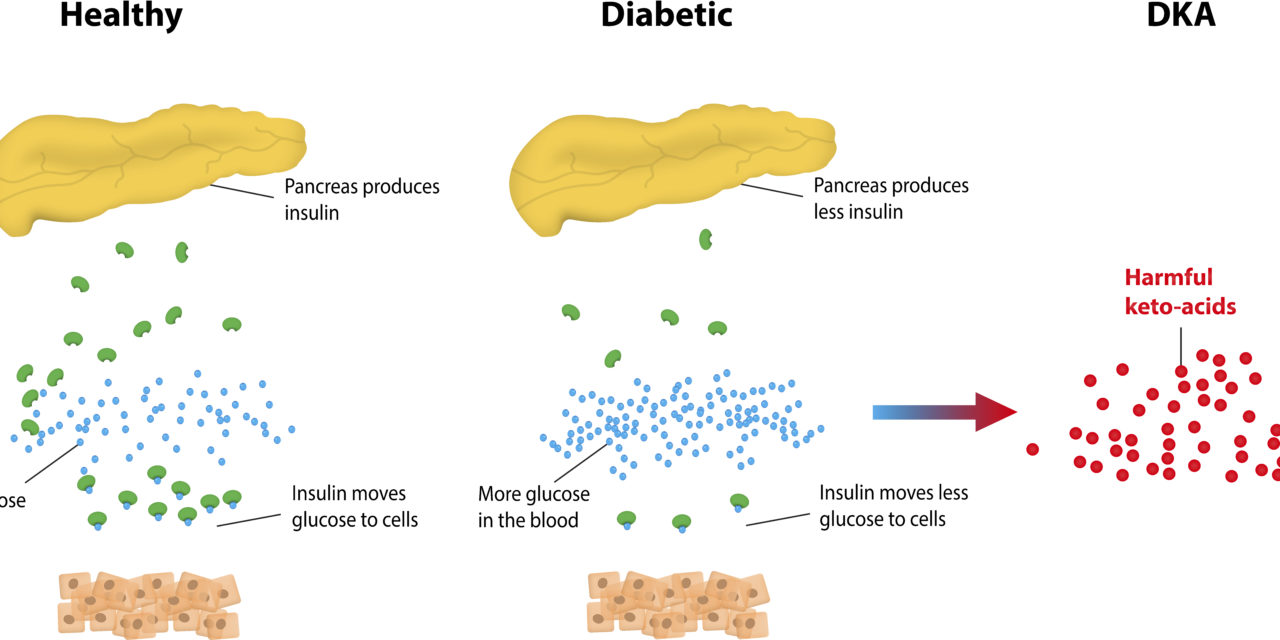 Diabetic Ketoacidosis (DKA) is caused due to a lack of insulin in the body. The lack of insulin and corresponding elevation of glucagon lead to an increased release of glucose by the liver (a process that is normally suppressed by insulin) from glycogen via glycogenolysis and gluconeogenesis.

Diabetic Ketoacidosis is also considered a serious complication of diabetes that occurs when your body produces high levels of blood acids called ketones.

DKA is common in Type 1 Diabetes as this form of diabetes is associated with an absolute lack of insulin production by the islets of Langerhans in the pancreas. In Type 2 Diabetes, insulin production is present but is insufficient to meet the body’s requirements due to end-organ insulin resistance.

A lack of insulin usually due to:

DKA usually develops slowly. But when vomiting occurs, this life-threatening condition can develop in a few hours.

Early symptoms include the following:

You can detect ketones with a simple blood test using a test strip, similar to a blood testing strip. Ask your health care provider when and how you should test for ketones.

According to the ADA, blood ketone testing should be performed on sick days every 4 to 6 hours and whenever glucose is greater than 240-300 mg/dL.

Also, check for ketones when you have any symptoms of DKA. Then, other symptoms appear:

The Meaning of β-ketone Result

Caution: Ketoacidosis (DKA) is dangerous and serious. If you have any of the above symptoms, contact your health care provider IMMEDIATELY, or go to the nearest emergency room of your local hospital. 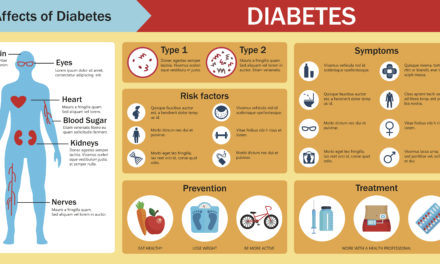 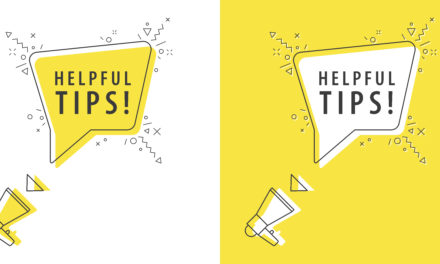 Tips for Newly Diagnosed with Diabetes 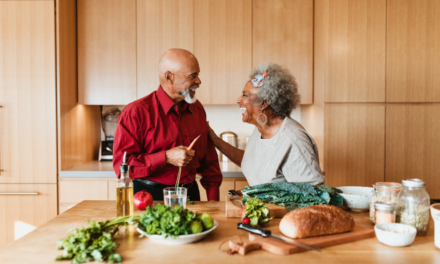 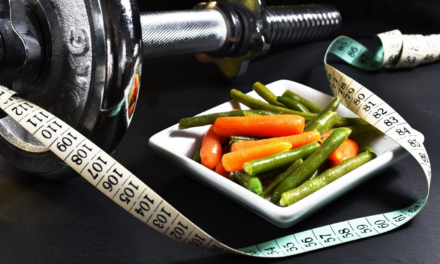