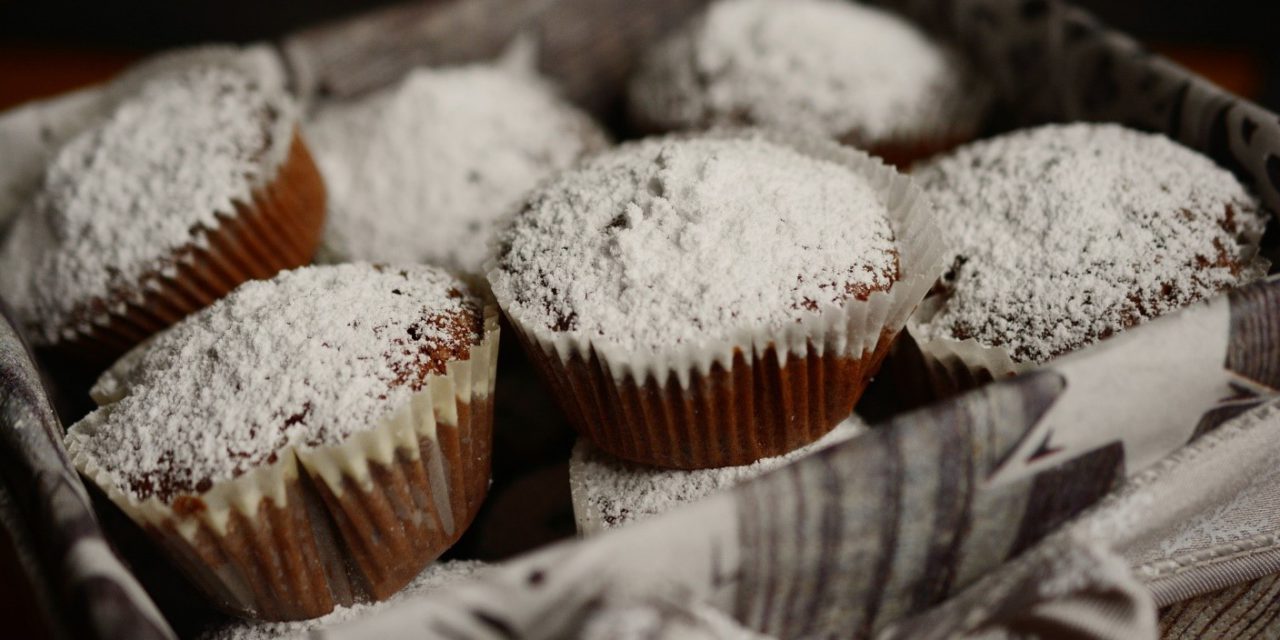 Glucose is the main energetic substrate in a human organism. Plasma glucose concentration, which in a healthy population ranges between 70 and 130 mg/dl [1], is regulated by many hormones [2].

The only hormone which decreases the plasma glucose level is the pancreatic beta cells product, insulin. Insulin secretion is constant at low level, with post-prandial peaks, and it has its own daily secretion rhythm, with the peak in the early morning and the trough in the evening [3]. Also, hormones with antagonistic action to insulin have their own characteristic circadian rhythms [4]. 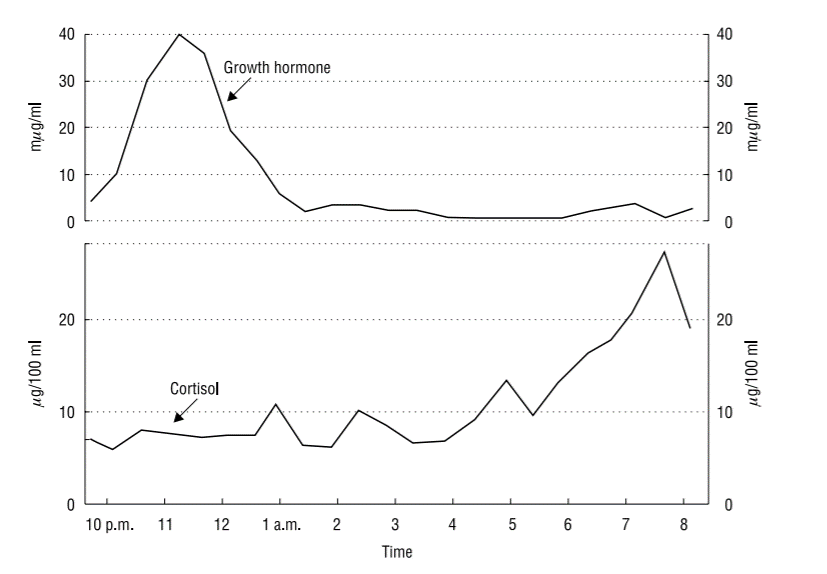 The peak of cortisol secretion occurs between 4 a.m. and 5 a.m. and again between 6 a.m. and 9 a.m. [5], while the lowest levels are observed around midnight [6]. Although growth hormone (GH) is secreted in a pulsatile manner throughout the day, nearly 50% of GH secretion takes place during the third and fourth phase of the NREM sleep [8], while the largest secretion surges of this hormone occur with the onset of deep sleep [4].

Daily insulin secretion rhythm is shown below [8]. Insulin synthesis and release is influenced by high plasma glucose levels, which are the strongest stimulus for insulin secretion. The basic glucose concentration which causes the beginning of insulin secretion is 80–100 mg/dl [9]. Insulin deficiency is divided into two types: absolute, related to the absence of insulin release, and relative, associated with insulin resistance. The first leads to rebound hyperglycemia after hypoglycemia, induced by excessive doses of exogenous insulin used in the treatment of type 1 diabetes. Hyperglycemia may also result from insulin resistance, despite hyperinsulinemia and increased levels of insulin-antagonistic hormones, normally counteracted by proper insulin secretion in type 2 diabetes.

In a study, researchers [10] measured fasting plasma glucose level in the morning and in the afternoon in a group of people without diabetes and in untreated subjects with type 2 diabetes. The results show that in non-diabetic patients, fasting plasma glucose concentration was within normal limits, and higher in the afternoon than in the morning. In turn, in diabetic individuals, fasting plasma glucose concentration was not only abnormally high, but was significantly higher in the morning than in the afternoon. This shows the association between diabetes and morning hyperglycemia, often observed in a physician’s practice. This means it is well worth becoming acquainted with phenomena which are responsible for morning hyperglycemia so as to properly diagnose and treat such patients.

Fasting hyperglycemia is a phenomenon observed in almost all individuals with diabetes, and may be caused by a dysregulation of the normal circadian hormonal patterns resulting in increased hepatic glucose output [11]. Morning hyperglycemia can have three causes the dawn phenomenon, the Somogyi effect, and insufficient insulin supply [12]. Moreover, morning hyperglycemia can cause insulin resistance, as has been proved by a study [13]. Increased insulin resistance may lead to a further deterioration of glucose tolerance, causing the progression of diabetes and finally resulting in micro- and macroangiopathic diabetic complications.

Image by congerdesign from Pixabay 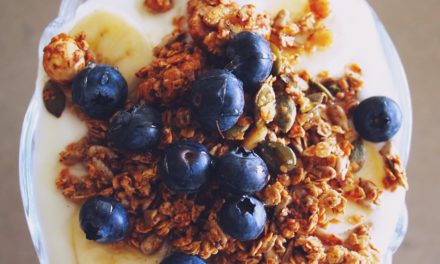 How to adjust your exercise plan based on your glucose levels 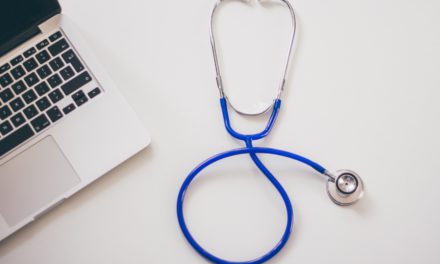 How to Make the Most of Your Doctor Visit